There are several variations in laws which apply to Rugby Sevens primarily to speed up the game and to account for the reduced number of players. The main changes can be summarised as follows:

The game is played by 7 players on each side consisting of three forwards and four backs. This is an adults only carnival. Each team may have up to three (3) 17 year old players nominated as part of the team. Players who are not 17 at the time of the competition are not eligible to play. The committee reserves the right to make any final decisions regarding team nominations.

In the event of a draw at the end of a game sudden death extra time is played whereby 5 minute 'halves' are played until one of the teams scores a try.

Kick offs: the team which has just scored kicks off, rather than the conceding team, as in 15 a side.

A player receiving a yellow card is sent to the sin bin for a 2 minute interval (counted as time in play, not real time) rather than 10 minutes

Scrummaging takes place between 3 forwards. These forwards bind together and interlock their heads in the same way a front row in the full version of rugby would.

Each team is only allowed 5 reserves per game, but can make unlimited interchanges during the course of the game

Proceeds of the 2018 event:
Epilepsy Queensland

Proceeds of the 2017 event:
Little Windmills 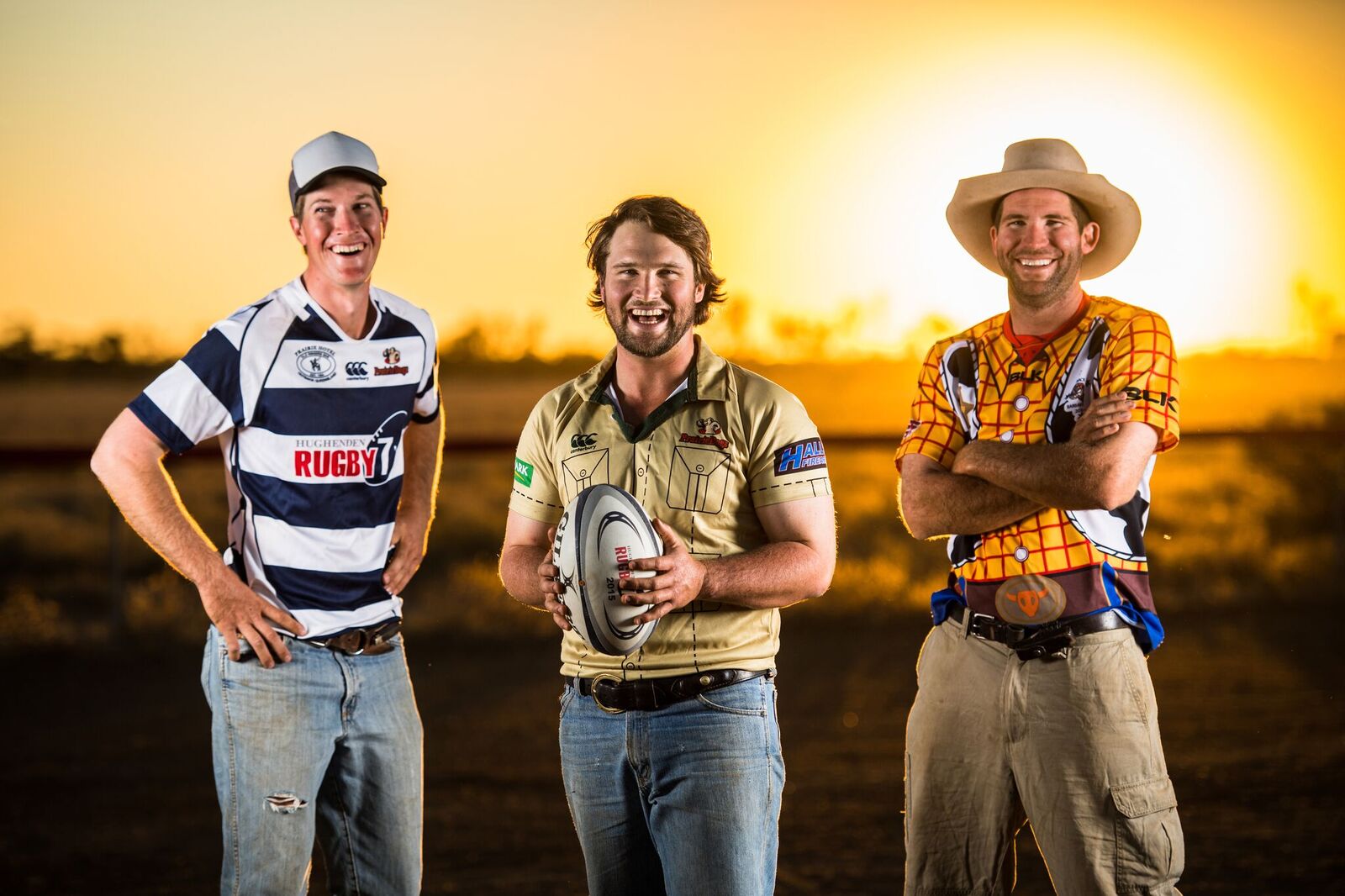 Married To The Land